David Perry, the only  suspect in the disappearance and probable murder of  Indian Rocks Beach Florida police cadet Kelly Rothwell, was scheduled to appear at Painted Post Court House on May 9th to answer misdemeanor charges of criminal impersonation.  Because no attorney showed up to defend him, Perry's court date will now be June 6th. According to sources Perry was supposed to be represented by Tom Bowes, of  the law firm Yorio, Ferratella and Bowes. In addition to his regular law practice fields, Bowes is a part-time Steuben County assistant public defender, handling criminal defense matters for indigent clients in the local courts in the eastern areas of the county. But in a call to the law firm I was told that they were not sure if  Bowes would be representing Perry and that they had no further comment.

So now either Perry will be possibly be assigned another public defender, although there is no confirmation at this time. The court house in Painted Post, where Perry is to answer charges only has hours on Wednesday and Friday. A message was left and hopefully I will have more information as it becomes available.

The charges of criminal impersonation stem from Perry's using the name David Jones on an internet dating site, Plenty of Fish, where he met a woman from Painted Post Village in Steuben County, New York and entered into a relationship with her. These charges are in addition to Perry's felony charges of violation of parole from Broome County, where he was convicted in  December of 2013 of felony fraud and grand larceny after bilking the State of New York Insurance Fund of over $300,000  in 3/4 pension benefits. Perry, who had been a corrections officer at Elmira Prison, claimed to have sustained a back injury after he unnecessarily answered a call for a prisoner disturbance. Perry was never injured or even participated, according to several corrections officers who were present.

Perry's felony parole violations include leaving Chemung County, where his Elmira  residence is located, leaving the state of New York, and entering into a relationship without informing his parole officer. Perry traveled to North Carolina with the woman he met online, using the name David Jones. It was only after she posted photos of them together was she informed by her friends of Perry's true identity. The woman called the police who arrested him at her Painted Post Village home. Painted Post Village is in Steuben County.

Meanwhile Perry still sits in Steuben County jail with the charges of felony parole violation looming from Broome County. It is assumed that after he answers to the charges of criminal impersonation, he  will be returned to prison to serve out the rest of his 3 1/2 year sentence. Perry was paroled from Clinton Prison in Dannemora, New York, where he was in protective custody.
It is unclear at this time if he will be returned to Clinton and if he will continue to be placed in protective custody or general population with other prisoners. 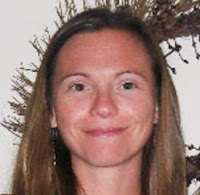 DAVID PERRY IS THE ONLY SUSPECT IN THE DISAPPEARANCE AND PROBABLE MURDER OF INDIAN ROCKS POLICE CADET KELLY ROTHWELL ON MARCH 12, 2011. KELLY ROTHWELL DESERVES JUSTICE AND DAVID PERRY DESERVES LIFE IN PRISON FOR THAT MURDER.
PLEASE KEEP KELLY'S FAMILY IN YOUR PRAYERS.
THANK YOU~ LEIGH CLIFTON