A Budget Truck in the Driveway Spurs Rumors of Perry Flight Risk?

A Budget rental truck has been sitting in David Perry's driveway for a few days. Could it be that Perry got his blue Honda back from the State Police that seized it for forensic testing and is now letting his daughter use it? It certainly looks like his daughter is packing up her belongings in some sort of dark car. Perry was seen driving a grey compact that is now backed in to his driveway against the garage door. Could it be that Perry, in a effort to avoid being seen around town, took a coward's way out and drove his daughter's car so as not to be noticed?

Now a Budget rental truck has been in the driveway. At first, all that was in the back were two kayaks; one of which Perry was seen loading onto the rack of a truck, " bad back" and all one morning last month.

But has Perry taken Judge Martin Smith's permission to visit Hawaii a little too literally?  Does he think he's moving there? It seems that Perry has gotten a little too cocky; he seems to forget that there are felony grand larceny charges pending against him.

According to the Broome County A.D.A. (Assistant District Attorney)  federal charges are probably pending as well, as Perry was also receiving Social Security Disability from the government.Uncle Sam does NOT like to be ripped off, especially now with the budget crisis and all that... Maybe if he was to pay back all the money he allegedly acquired, we might be able to balance the budget?

So the Budget truck seems to be a mystery for now...if his daughter  is moving out, then does that mean he's prepared to give the house up? Will he come back to New York to face charges?  According to the A.D.A., Pinellas County Sheriff's department has his passport. But Perry has already proven his flying abilities... he certainly flew to New York right at the same time Kelly went missing.. Things that make you go hhhmmmm........

Another question looming is whether or not his new beloved Melissa is really aware of what he seems to be capable of. The man beat his ex-wife and his children, he made statements that he could  "kill Luana and no one would ever find her body"... does anyone besides me find that just a little disturbing? His own brother Patrick, in a letter to the Rothwell's,called him arrogant and controlling. He is a suspect in his missing girlfriend's disappearance. In Florida. Where he lived. With Kelly Rothwell. His soul-mate. Who is missing. 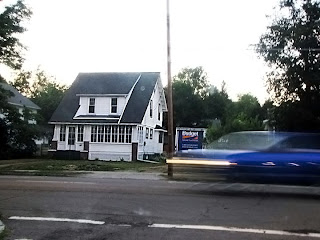 Is there a Code of Conduct in the Army that precludes Army soldiers from fraternizing with suspects in a missing person and possible homicide case as well as those charged with fraud and felony grand larceny?

I sure hope Melissa Walker doesn't come up missing.

Because Kelly Rothwell still is.
Posted by Leigh Clifton at Tuesday, July 19, 2011