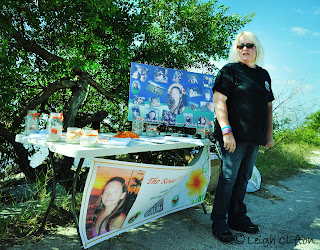 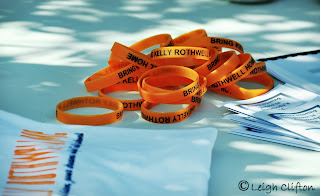 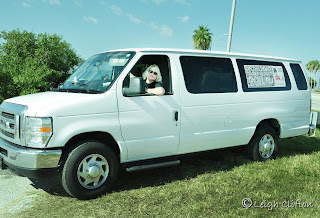 Executive Director and C.U.E. Center for Missing Persons Founder Monica Caison and several member of her search team visited the Courtney Campbell Causeway in Clearwater Thursday morning, stopping to commemorate missing police cadet Kelly Rothwell and bring awareness to her case as well as the many other missing cases throughout the United States. Rothwell has been missing from her Indian Rocks beach condo since March 12th, the same day she went to break up with her live-in boyfriend David Perry after having lunch with a friend. David Perry left Florida abruptly the same day of her disappearance and has refused to cooperate with law enforcement. He is currently under indictment for felony insurance fraud in New York.
Perry has been described as controlling and over-possessive, prone to violent rages and is a documented domestic abuser. Rothwell, a St. Petersburg Police cadet was a month from graduation and was ready to start a new life as a law enforcement officer. She was said to have wanted to work in the domestic violence field.
Monica Caison first heard about the Rothwell case after being contacted by a friend of Kelly’s who suggested they call her after Kelly’s disappearance. She and her search team came to Florida, spending almost two weeks searching for Kelly, including a concentrated effort at the Courtney Campbell Causeway, where the Road Tour stopped Thursday morning.
Caison has repeatedly said that she feels Kelly’s body is not too far from her home.
“I have always said that I think she is located somewhere close to here,” she indicated that the Causeway is a probable place. “I really feel that she is here somewhere between this area and Tampa. We will be coming back sometime in December after the weather has cooled off. We’ll bring the cadaver dogs and this time I think we’ll bring submersible or drop cameras to search the deeper waters around the area. Hopefully we can get a lot of people with kayaks or small boats to help with that.”
Caison and her On the Road to Remember Tour have been stopping in some of the many cities and towns where the missing have been reported.
“There are hundreds of people that go missing every day,” Caison said. “So many of them don’t get the press or media coverage that could really help with their recovery, especially in the first days they go missing. You’ll notice that the people that are found had a lot of attention from the media from the beginning which really helped. It can jog someone’s memory; maybe they saw something or someone suspicious. Any information like that can really be helpful. This tour is to bring awareness to those who haven’t gotten that much publicity, those cold cases that haven’t gotten the attention they deserve. We plan on traveling roughly 4,000 miles and make 20 pre-planned rally stops in seven states.”
Members of Kelly Rothwell’s family are grateful to Monica Caison for her tireless efforts to help find their sister and daughter. Living in Maryland, Kelly’s younger sister Lauren, who works and goes to school full time, was studying for a nursing final for Friday and was unable to attend the rally stop for her sister. But she is so appreciative of everyone’s hard work in the search for Kelly.
“Some people think that just because we (my family) don’t attend the public vigils and couldn’t be there for Thursday’s event, that we are indifferent to all of this. Nothing could be further from the truth. At our house, we speak of Kelly every day; we have a memorial to Kelly in our dining room, with some of her rocks and candles we light every day for her. We mourn her every day and it’s sad to think that some people don’t think we’re being proactive enough with her case,” Lauren said.
She continued with a catch in her voice, “They just don’t understand that on the 12th of every month, it feels like we’re attending a funeral for my sister, over and over again. The pain is pretty unbearable to take and it’s very hard on my family when people say we aren’t doing enough. Trust me; we miss Kelly more than words can say. It just breaks our hearts and we want her back with us.”
Caison will continue her tour, moving on to Ft. Pierce and Jacksonville, Florida, then three stops in South Carolina before returning to their home base in Wilmington, North Carolina this Saturday, October 29th.
Posted by Leigh Clifton at Thursday, October 27, 2011