David Perry May Plead Guilty To All Charges, Avoiding a Second Fraud Trial

David Perry, the only suspect in the disappearance and probable murder of St. Pete Florida Police Cadet Kelly Rothwell three years ago may be taking a pleading guilty on all charges and throw himself on the mercy of the Steuben County, N.Y.court. Perry is awaiting a second trial , this time in Steuben County for false instrument for filing, grand larceny and fraud charges stemming from an alleged Work Comp related injury he said he sustained in 2003 while working as a Corrections Officer in the Elmira Correctional  Facility. Perry has already  been convicted in September of 2013 on the same set of charges in Broome County, N.Y. and is currently serving 4-12 years in Downstate Correctional Facility in Fishkill, N.Y.

The charges have been lodged in two different counties because Perry received benefits from the New York State Insurance Fund for Workers Compensation Board, located in Broome County. Perry obtained his 3/4 disability benefits from the New York State and Local Retirement System; he had the funds deposited in a bank in Corning, N.Y. located in Steuben County.

"He's contemplating an open plea to the entire indictment essentially throwing himself on the mercy of the court begging for concurrent time. We're not sure what's going to happen yet," Baker said.

According to Baker, Perry has an "absolute right" to plead guilty if he wants to.

"If he pleads to the entire indictment as charged  he is talking about pleading guilty to everything he is charged with with no reduction or offer. Essentially he takes me out of the equation. I advocate to the judge for more jail time and he begs the judge for concurrent time. It's up to the judge to decide. The max sentence is 5-15 and it can be either concurrent or consecutive at the judge's discretion."
Baker admits' that it would  likely take 6 months to get to trial but that his time can not be concurrent until he is sentenced.
"He is getting no credit against my time now. Perry is trying to minimize the damage and get it done as soon as possible. He is hoping that the judge would be more lenient than I am. Perry was not present for the conference and the judge made no decision at that time But I did indicate that I want more prison time and will continue to advocate for it."

Sometimes it works for the defendant and sometimes not.  Lets hope in this case that Perry gets the max, consecutive, NOT concurrent sentence, which will keep him in jail a LOT longer.

Maybe he can use that extra  time to figure out how he will confess to Kelly Rothwell's murder and where he hid her body, so that the Rothwell's can have closure after this incredibly painful ordeal.

Unfortunately for the Rothwells, Perry is a sociopath with no conscience, a narcissist without remorse, guilt or shame.... Lets hope some extra time in prison will make him talk....

Any information obtained in this article is exclusive and cannot be reproduced without my express permission.© 2014 TAMPABAYCRIMEREPORT.COM 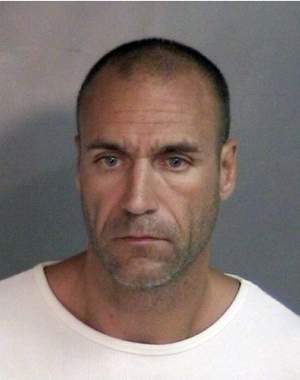