An Intimate Interview With Lindsay Rothwell 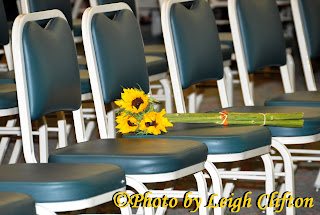 Lindsay Rothwell will be appearing on Nancy Grace on March 14 to talk about her sister Kelly’s life and the impact that her death has had on her family and friends.

In a phone interview tonight Lindsay spoke about when Kelly was living in Florida at the condo that she and David Perry had shared. Kelly had been offered a fabulous job in Charleston, West Virginia with Embassy Suites and went there for three months, living at the hotel for free while she tried the job on for size. It was during that time that Kelly and David argued very often; Kelly really wanted to accept the job in West Virginia on a permanent basis. She had fallen in love with Charleston and was only 6 hours away from her family in Nottingham, Maryland.

But Perry didn’t like West Virginia; Lindsay says that by that time in their relationship, Kelly had decided to leave Perry. According to Lindsay, Kelly at some point broke off the relationship.That’s why she chose the job in West Virginia.But Perry was persistent in his pursuit of Kelly, who was still living in West Virginia and was adamant that Kelly NOT move permanently and also insisted that she keep the condo in Indian Rocks Beach. During that time in a conversation with Lindsay, Kelly told Lindsay that “Perry was involved in something bad “and she was trying to get out of the relationship altogether.She also told Lindsay that Perry was making frequent drives every couple of weeks from Florida to New York, and vice-versa, sometimes stopping in West Virginia to plead for Kelly to take him back.

“He made promises to her, trying to manipulate her, telling her he would stop whatever he was doing that was "bad", Lindsay said. Kelly told her that what he was doing could have potentially devastating consequences for her if anyone found out.

“Kelly told me, in so many words, that Perry threatened her; that she would pay for it if she said anything anybody. We were in a restaurant at the hotel she worked at and I could tell by her body language and the look in her eyes that she was scared, afraid of him and what he could do to her. But I believe that in her heart, she NEVER thought he would have killed her, but she did believe that he could really hurt her physically and drag her into his potential nightmare, involving her in something she did not want to be in."

Lindsay said that David’s manipulation extended to keeping Kelly from her family.
“When they would drive back and forth to New York before Kelly tried out the job with Embassy Suites, Perry would refuse to stop to visit Kelly’s family, even though they literally drove by the exit right near the Rothwell home.

“He wouldn’t even let her have five minutes with us... that must have just really hurt her that she was so close to her family yet he would just drive by the exit,” Lindsay says angrily.

”They drove by here a lot on their trips to New York and only one time did he let her stop and see her family. They were supposed to stay for four days but all of the sudden Perry had an “emergency” in New York and insisted that instead of staying at the Rothwell’s, Kelly had to go with him to a hotel. He wouldn’t even let my sister stay at my Mom’s house; instead he insisted she had to go with him back when he went back to New York first thing in the morning. Kelly asked him to just go, take care of whatever emergency he said he and pick her up on the way back. He wouldn’t let her stay. I think he thought she was going to run to get away from him. He would not have had control of her; he was a control freak. He knew she would have had the support of her family. That’s why it was so sad when she gave me that hug.”

It was then Lindsay says that it seemed that Kelly sensed that it might be the last time she would see her family.

“I could tell from her touch and body language and the way she looked at me. Her eyes were sad, scared. When she hugged me goodbye, it was an extra long, genuine hug; she held on really tight to me. It was like I might not see you again, and I love you. And it was like she was saying ‘I’m sorry for this evil man who is putting me through this’, like she couldn’t find another way out of it. It was like she knew that it was the last time we would ever see her. I felt it. I could feel that something was wrong, something wasn’t right. I was scared but didn’t know why. Looking back, now I know why I felt that.”

Kelly moved back from West Virginia, giving up her job, a job that she called her dream job.

It was shortly thereafter that Kelly joined the Police Academy. Lindsay believes that Kelly joined to protect herself from Perry. She also wanted to help other women who were in the situation that she was in. She knew it was bad. He had threatened her and although she denied it when Lindsay asked her if Perry had ever hit her, Lindsay saw the truth in her eyes.

“She denied it, acting like everything was ok,” Lindsay said sadly.

Kelly’s focus at the Academy was centered on battered women and drug intervention, two things that Lindsay believes Kelly was going through personally with Perry.
“I knew from previous conversations with Kelly that that’s why she chose to focus on these two main areas of law enforcement.”

Lindsay believes that Perry killed Kelly because she knew too much about his involvement in something.She feels that Kelly was targeted by Perry when he first met her, looking for someone who had a place in Florida. She feels that he used Kelly and her Florida connection. That’s why he made her put everything in his name, to keep control over her. He kept her away from her family. That’s why he didn’t want her to move to West Virginia,why he insisted on keeping the condo.Lindsay thinks his back and forth trips were suspect.

“He chose Kelly for a reason; I don’t think it was love at first sight. I think he used her to get what he needed, to keep a connection in Florida. He flattered her and showered her with all kinds of gifts, until she found out his true side, his evil side. He told her everything he thought a beautiful woman would like to hear. He preyed on her need to feel loved;he manipulated her,like I’m sure he’s done to other women in the past.”

A beautiful person who is still missing… This article contains information that was obtained exclusively by me, is copyrighted and cannot be used or reproduced in any way without my express permission for it's reproduction unless/ and/ or/ is expressly attributed to Leigh Clifton and Tampa Bay Crime Report. Leigh Clifton © 2012
Posted by Leigh Clifton at Wednesday, March 14, 2012