David Perry, the Elmira, New York man who is the only suspect in the 2011 disappearance and probable murder of his then- girlfriend St. Petersburg Police Cadet Kelly Rothwell faces a jury on Monday… Again… But not for Kelly Rothwell’s murder. Perry, who was living with Kelly at her Indian Rocks Beach, Florida condo in 2011, was charged with Grand Larceny and Fraud after claiming an injured back in a Work- Comp related incident when he was a Corrections Officer at Elmira Correctional, in Elmira, New York. The incident stemmed from a 2003 “red dot” call to a prisoner’s cell for a fight; Perry wasn’t supposed to respond but did so, then claimed he was slammed backwards on a prisoner’s bed, hurting his back.


Several eye witnesses testified that Perry was never actually IN the cell and that his claims of injury, which resulted in thousands of dollars in Workman’s Compensation , Social Security and pension payouts, were false.


Earlier in August of this year, Perry, who had been in jail in Steuben County on related charges and felony assault, was transported to Broome County to face a jury and answer the question as to whether or not he lied about his injuries in order to get benefits he was not entitled to.


On August 19th, a jury was unable to come to a conclusion, resulting in a hung jury. Perry walked out to freedom. According to one of the witnesses at the trial, Perry looked “horrible; gaunt and skinny, like he hadn’t eaten in a while.”  Gone was the boyish, surfer look, replaced by the classic “jail pallor” having spent almost two years in the county jails.


On Monday, September 30, 2013, Perry faces a jury a SECOND time in his trial and this time the ADA will be ready for him… and so will the jury.


In Perry’s first trial, he was charming, smooth and convincing, according to a source at the trial. But this time the ADA is ready for Perry’s machinations and plans on letting the jurors know about his “wolf in sheep’s clothing” charm; a charm that may have ultimately and tragically precipitated 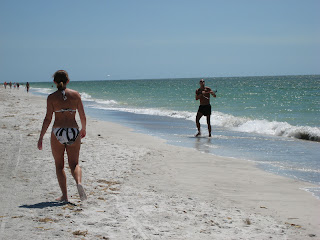 
After his release, apparently Perry made some references to his “wife” Melissa Walker, who he claimed he was now free to spend time with. Thing is, she’s NOT his wife anymore. Melissa Walker divorced David Perry while he was in jail, on July 24, 2012, having filed earlier that year in January, according to the Hawaii Clerk of Court Public Records. There is no information that states she may still be in contact with him. But I hope for her sake, she realizes how lucky she was to get away….


Knowing Perry, he is probably already trolling the internet, looking for his next conquest (read victim).


No one knows how a jury up there in New York is going to react to the evidence the ADA presents them this time; hopefully it will include the photos of Perry practicing his  windsurfing techniques in the Gulf of Mexico with his “badly injured back”. The saddest thing about those photos is that Kelly is in the background in a few of them; a young, wistful woman, so full of life that was taken way before her time.


Also, I do hope that somebody kept tabs on Perry while he was awaiting this second trial; I’ve always contended that he allegedly killed Kelly and brought her up to New York, where he knew no Pinellas County Sheriff, whose office is investigating the case, would have the time or resources to look for her. Like any sociopathic predator, most people like to return to the scene; it gives them a sense of control, something Perry, with his severe OCD, seems to crave incessantly. I would venture to say that Perry, who considers himself superior in intellect and looks (although not any more, from the witness description) thinks he may well have gotten away with Kelly’s murder. It has always been my theory that she is up in New York. Someone who is as much a control freak as Perry is would want to keep revisiting the scene, as much for reassurance of his prowess and cunning as well as to confirm his crime. Remember, he was part of the legal system as a C.O. so he knows how to get away, literally, with murder. Just keep your mouth shut.

And what about that red truck? According to a source close to the investigation, days after Perry fled to Florida the night Kelly went “missing”, a red truck showed up in his driveway… a red truck that two weeks later he drove down to Florida, supposedly to give to his son. How brilliant a plan would that be if he had used that truck to move Kelly’s body from the back of his blue Honda to transport it to her final, sad and solitary resting place. Then clean it and drive it down to Florida where no one would think to test it for DNA….


Remember, his blue Honda, which Kelly had ridden in and driven in hundreds of times, had NO female DNA in it... NONE according to Sheriff Gualtieri. And when Perry finally gave UP the car to the NY police, two weeks after he had fled up to Elmira, there was  such a pervasive smell of bleach and industrial cleaner that one officer said he could smell it five feet from the car. NO DNA? TRULY???  So was the red truck processed?


According to Detective Mike Bailey, of the Pinellas County Sheriffs office, that information is part of the ongoing investigation in Florida.


But any trace evidence would have been lost anyway possibly; it’s been too long since Kelly Rothwell went “missing.” I wonder what opportunities were lost that might have helped get proof of Perry’s involvement? Did it even occur to the Sheriff’s office that that is what he might have done? I guess we’ll never know.


I know one thing; Kelly Rothwell is still missing and I contend that David Perry knows where she is and what happened to her.


But on Monday, Perry will once again face a Broome County jury on Larceny and Fraud charges. There is still an appeal pending from Steuben County DA Brooks Baker on the charges in Steuben County and the Forfeiture of Assets to be heard later this fall.

Can someone please tell me how a judge can overlook it when a guy who is a suspect in a murder investigation, as well as Grand Larceny AND Fraud, has his house searched, they find $128,000 dollars in small bills hidden away under his dresser, a brand new car, which would require little maintenance and purchased with CASH, a drivers license with the name David Walker on it, (perfect for Mexico)  numerous “toys” like expensive motorcycles and snow mobiles and then STILL  grants him the right to get those things  back.. REALLY???? The cash wasn't just a BIT of a red flag Judge??? Driver’s license, obtained 6 months from the date Perry married Melissa Walker and changed his name to hers (briefly)... An International driver’s licenses with a WAITING period of... wait for it… six months?  Does anybody else think he just used Melissa Walker to get her last name on his license so he could disappear to Cabo and live the surfer life?

Where did the cash come from? Is Perry Mr. Thrifty?? Or did he just drive a LOT from Florida to New York… New York to Florida, etc.  (I mean a LOT)

Pretty soon (hopefully) “Teflon Dave” will get caught up in his own web of deception.


But it can’t come soon enough for the Rothwells.


They wanted to be at the Courthouse on Monday, but they got notice about the re-trial on Friday, too late for the arrangements to be made.

So they, like all of the rest of us, must trust in a New York legal system that has been quite disappointing in the past.

Let’s get it right this time. 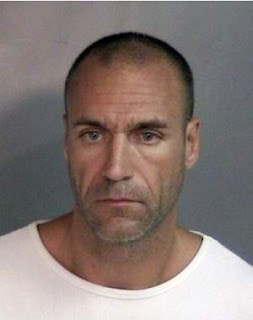